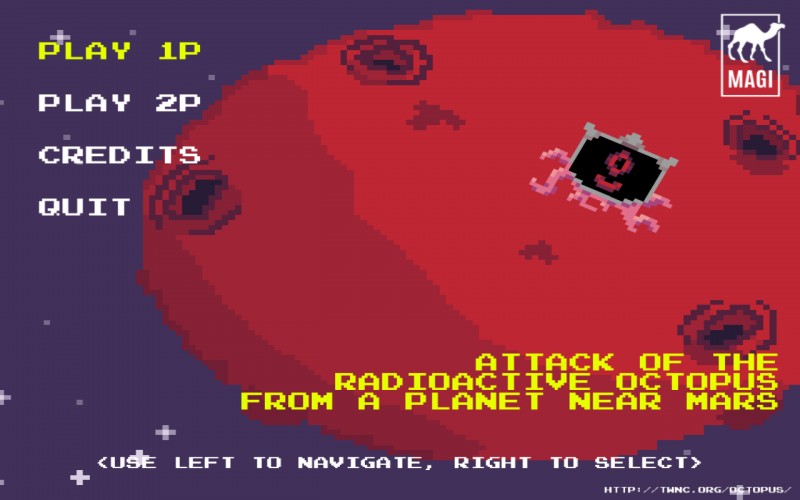 You are the many-armed Emperor Gronthozor the Magnificent, have crash-landed on the planet Earth. Eat the tasty, tasty humans that roam its surface. Avoid the puny military’s tanks that want to interrupt your dinner. Steer all your tentacles with the left and right arrow keys in this fast-paced multi-tasking action game in pixel art style.

This game was made as part of a team effort for the LudumDare 34 Game Jam and won the first place prize in the University of Twente Game Jam.