Puzzle Party is a small puzzle game I made for the LudumDare 35 GameJam. Since the theme was transformation I decided to work on a concept that revolved around transforming puzzles. If you want to give the game a go then be sure to check out the WebGL version linked below. If you are interested in reading more about this game's development then you are more than welcome to keep reading this slightly modified version of my game jam post mortem.

From an early stage I had the idea for a puzzle game in mind. I initially planned to create an isometric perspective 3D puzzler like Laura Croft and the Guardian of Light. Upon brainstorming on how to go about implementing it with the theme I came up with the concept of a platform styled game where to player was a vampire that could morph into a rat. Having a big and small form would enable him to tackle problems from multiple perspectives and each form would have it's own distinct weaknesses. As awesome as this idea sounded in my head I had to face the reality that there was no way that I would have enough time to build something like that on my own within 72 hours.

Going back to the drawing board I tried to trim out elements that I believed would take too much time and really focus on the core aspects of what I started with: puzzles. A pure puzzle game, of the casual sort, was no something I was used to making or playing. This gave me a new personal goal for this LudumDare: push myself out of my comfort zone to see what I could do in unknown waters.

Introducing my starting block: blocks. The first type of puzzle that came to mind were those simple sliding puzzles I was used to seeing as a kid. A quick search online did not yield any results for a 3D version of this so I decided to roll with the idea. It seemed simple enough to implement but great as a stepping stone to implement more creative ideas.
My very first puzzle was a simple cube with colours on all sides. Having the ability to slide pieces around was core to the entire game but in order to fully utilise the 3D space the player needed to be able to rotate the cube so he could examine all sides in detail. 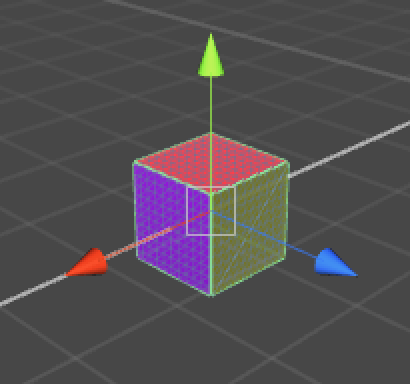 Once I had the basic cubes in place I tried to create bigger puzzles by combining several cubes together. I quickly ran into several problems, most important of all was that since players could only slide tiles onto an empty space I needed some way to determine all surfaces adjacent to the empty one. Using a clever built in method I could determine the distance between two objects, this certainly helped me out but also made me realise the need for the implementation of a general PuzzleController to keep track of all my cubes and their surfaces.

Having finally laid the groundwork for the puzzles I went ahead with implementing ways to check win states, add a menu and create info dialogs. At this point I was already about 48 hours in and decided that to prevent all of my work up until this point from being wasted that I had to build some actual puzzles for the player to solve. My idea for the implementation of the theme was already that the puzzle itself would be solved by 'transforming' the surface area but as an additional twist I wanted to continuously transform the rules of the game to keep the puzzles challenging and interesting. 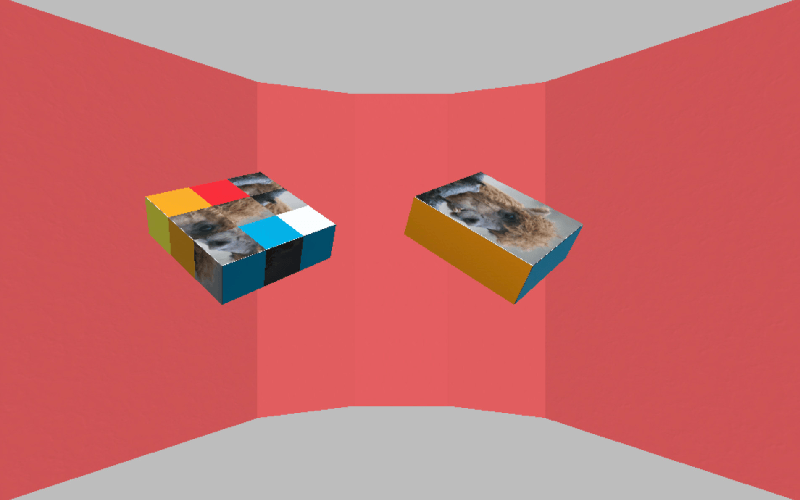 In the end I created 5 puzzles with varying degrees of difficulty. Sadly by the time I got around to implementing more interesting mechanics I realised I ran out of time so I had to cut out stuff like puzzles that would change shape each time you made a move or puzzles that required you to play with images on the faces like moving a key to a locked door.
As a final effort to create some competitiveness I wanted to implement a highscore system. I spent my final hours properly implementing such a system and making sure it worked well only to see that upon compiling my game for webGL the Unity player would refuse to run. So in the end I had to disable all of the code involved to make the game playable again.

The conclusion for my project would be that when faced with hard time constraints you often have to make a choice: try to work in a bunch of different features to create something really unique, or try to work in a select few features really well and ensure you have a solid product. While I think that in the end I managed to create a game that does exactly what it is supposed to it really lacks the personal touch of extra features that make it stand out. If I had to do this game over again I think I would instead choose to create maybe two or three interesting puzzle variations that make more memorable experiences and choose to do more of the polishing at a later stage.